The Global Jewish Modernism Lab welcomes Ann Goldstein who will discuss literary translation on September 8, 2022 at 4:00 p.m. Ann Goldstein is best known as the award-winning translator of Elena Ferrante. In addition to her work as head copy-editor of the New Yorker, she is also a prolific translator of other important works from Italian into English, including those of Primo Levi, Jhumpa Lahiri, Marina Jarre, Piera Sonnino, Nadia Terranova, and Amara Lakhous.

The Global Jewish Modernism Lab presents a series of lectures focused on translation. These events aim prompt conversations about the topics of translation and identity across campus, drawing on previous initiatives and also hopefully lead to new interactions.

We will consider how various aspects of translation-from the translator's background to choices about target language and distribution-shape the understanding of a work as Jewish. Other questions include the role of self-translation within Jewish Studies, the complexity of translating multilingual works, and the phenomenon of first edition translations (e.g., German exile writers who wrote in German but whose work first appeared in English or Spanish translation). We would also draw on the diverse linguistic knowledge of Duke's community to consider works that have not been translated into English, calling attention to the act of translation as a formative cultural and political act. 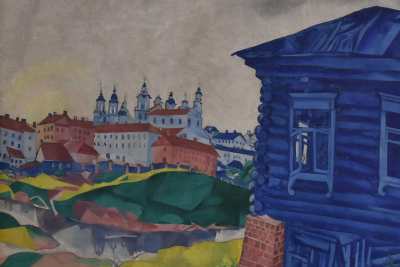