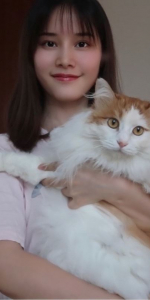 Suchen Ding-1st year class of 2023-Suchen graduated with a B.A. degree in Chinese Language and Literature from Wuhan University.  She interests in Modern Chinese literature, the Sixth-generation directors, Memory Studies, Cultural Studies, and Cultural Anthropology. She hasn’t decided the focus for her future research, and she wants to explore more possibilities in graduate school. 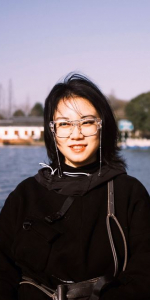 Huanqiu Hu-1st year class of 2023-Huanqiu received a B.F.A. degree in Theatre Film and TV Literature (major) and a B.A. degree in Chinese Language and Literature (minor) from Beijing Normal University in 2021. She is rather interested in cultural studies, Sinophone cinema and media politics in modern and contemporary China. Her goal is to carry out related research topics such as media strategies and execution for social change, and youth political participation in China, while keeping participating in filmmaking practice during her spare time. 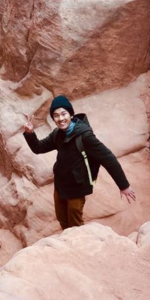 Sihao Huang-1st year class of 2023--Sihao graduated from Sun-Yatsen University with a B.A. in English Language and Literature, his current research interests include Japanese modern literature and history. In his spare time, he learns Japanese and enjoys reading sci-fi and detective fiction. 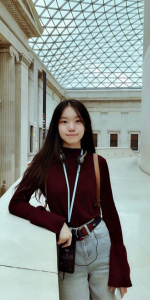 Yufei Sun-1st year class of 2023-Yufei graduated from Beijing Language and Culture University and achieved a B.A. in Chinese International Education. Her current research interests include cultural studies and gender studies. In her free time, she likes to spend time at home, watching movies and reading novels. 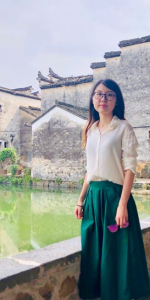 Yidan Wang-1st year class of 2023-Yidan graduated from the Chinese literature department at Fudan University, working on modern Chinese literature and comparative literature. Yidan is interested in Chinese travel writing from the 19th to 20th century and its relationship with commerce, fiction creation, and foreign literature. In her spare time, she loves language learning, including German, Ancient Greek, and Tangut, by which she hopes to explore the transcultural relationships between China and other cultures. Currently, she focuses on Y. R. Chao’s translations and the intertextuality between his translation theories, praxis, and linguistic studies. 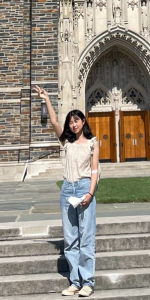 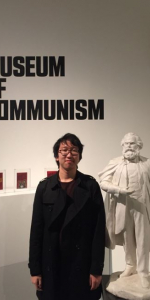 George Cai- 2nd year class of 2022-George graduated with a B.A. from Davidson College where he studied mostly philosophy and literature. Unable to forsake his passions for Japanese literature, he decided, despite his lack of proficiency in the Japanese language, to pursue in the direction of East Asian Studies. He has yet to figure out what he would like to focus on for his research. He loves eating and is currently conducting a self-funded research on comparative gastronomic experience in Guangzhou by examining Michelin Guide's criteria and applicability in assessing Chinese culinary arts. 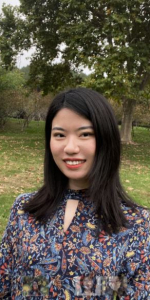 Jingyi Liu-2nd year class of 2022-Graduated from Peking University-Jingyi received a B.A. degree in Chinese Language and Literature Department from Peking University. During her undergraduate time, she had a keen interest in modern Chinese literature and political history. Her current research interests include comparative literature, cultural studies and Chinese political history after the late Qing Dynasty. She is still learning Japanese language and participating in oral history research now. She hopes that those efforts can help her find her future academic research direction. 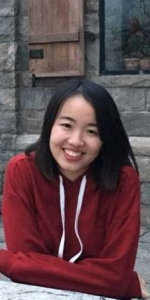 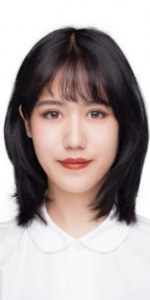 Qionglin Lou-2nd year class of 2022-Qionglin Lou is the first year student of M.A. in CAH, graduated from Suzhou University with a B.A. in Chinese Language and Literature. She is mainly interested in gender studies, feminism and modern Chinese literature. 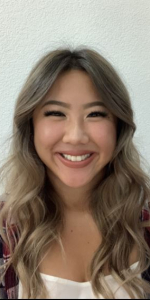 Son Truong-2nd year class of 2022-Son has a BA in Chinese and Korean language and Culture Studies at the University of California Irvine. Her current research interests include Korean diaspora, food, and cultural studies. In her free time, she likes to exercise outdoors, learn interior design, and journal at local cafes. 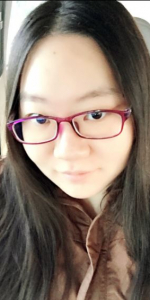 Yuan Tian-2nd ear class of 2022-Graduated from University of California: Irvine.  I graduated from University of California, Irvine majoring in East Asian Studies and Philosophy. Socrates is my favorite philosopher. I have taken Japanese courses in undergraduate school and am still learning it now. I am particularly interested in comparative literature and gender-related issues in Chinese and Japanese culture. Translation is also what I want to learn more about in the future.

Assistant to the Director of Graduate Studies